On Love, Violence and Persuasion

I find myself in the surprising revelation this morning in meditation that to be a participant and a witness in this time of upheaval and change is a curiously horrifying and exhilarating mix. My emotions seem to be everywhere and yet my mind is wide awake. There is horror all around and there is activism, change is in the air. The questions are still open as to where it lands.

I’ve always been a bird’s eye view person. A middle child, I found myself mediating positions in my family from the earliest age. I became a translator in my mind and later in practice, endeavoring to explain one person’s position to another as I saw it. It stood me in good stead as a marriage and family therapist, it helps me to give advice when asked, but probably the most important impact it has on me is to help me internally mediate my emotions, my reactions, and my responses to the world and events around me.

I’ve been participating in difficult, confrontative and vital conversations about police brutality, white supremacy, racism and murder. I’ve also been watching people who wish for peace and change tear each other apart on social media, even when they agree on basic principles. I’m witnessing micro-aggressions, verbal abuse, forgiveness, defensiveness and collaboration. I have found myself participating in all except the verbal abuse.

In my reflection, it occurs to me that social change has always been a combination of persuasion, love and violence.  I believe that all three are, in the main, protective. This morning I kept feeling compelled to use the word “warranted”, because my gut is pushing it up out of my heart and it insists on being said somehow. So I looked up the word roots and etymology of the word, and here is what came up:

“warrant (v.)late 13c., “to keep safe from danger,” from Old North French warantir “safeguard, protect; guarantee, pledge” (Old French garantir), from warant (see warrant (n.)). Meaning “to guarantee to be of quality” is attested from late 14c.; sense of “to guarantee as true” is recorded from c. 1300.” (etymologyonline.com)

My heart doesn’t like this, but my head says that persuasion, love and violence are all three warranted.

Persuasion is best done as a gentle art. Katharine Briggs and Isabel Myers gave us the Myers-Briggs Personality Type Indicator, and they show that most people make their decisions emotionally, not logically. Persuasion is warranted right now, in the sense of the definition “justified or necessitated.” I am having civil and important conversations with a neighbor, who is a cop. I am witnessing friends and colleagues post articles, recommend resources, offer training, post memes. Many are crying out to persuade those who do not see the need for change, and this persuasion is part of the process.

Persuasion is an emotional appeal as well as a logical one. The art of persuasion happens through argument, conversation, appeals to commonality, creation of community, and laughter. Comedian Jon Stewart is credited for helping President Obama to be elected and re-elected through the use of his humor on The Daily Show. Trevor Noah, author, comedian and the Daily Show’s current host, makes use of his biting sense of humor to highlight Black experiences and reveal realities, but humor is not always enough.

There is violence, as well. This is inside of me, too, in all directions, as racism, as White supremacy, as hate towards oppressive systems and people, and in ways I have yet to discover.

Externally, I had an hour-long phone conversation with a friend who attended a protest march in Boston a few weeks ago, and he described an entirely peaceful event, followed by violent acts at its immediate end, as soon as they stepped into Copley Square. He and the others he was with had to run through the narrow Boston roads and alleys to avoid violent police and violent protestors.  Did these few, isolated marchers (yes, they were part of the march) have to be violent? What was their motivation? Were they plants, seeded to create the illusion of dangerousness in an otherwise peaceful march? Were they full of rage for many reasons and out to create chaos? Were they looking for a place to vent their intense frustrations at a system that brutally oppresses them? Again, the word warranted pushes at me. Why? What in my body wants to acknowledge this?

I believe I must find it warranted from the Old North French warantir “safeguard, protect; guarantee, pledge.” Violence has ever been used to protect ourselves, our families and our communities. When the system that is created to protect does not protect all, when it incarcerates enormous swaths of a group of people for profit, taking advantage of Black communities’ vulnerability in particular, when it oppresses, then violence will be an inevitable result.

Violence in this context is often a last-ditch effort to call attention to an intolerable situation. As such, it will probably always be used as an option for social change.

I do not sanction the resistance violence that has happened. It is brutal, has cost lives and also caused incredible damage emotionally, psychologically, spiritually and financially, some of it irreparable. I am, however, acknowledging that it is part of the change process, and it will be until we can find some other way. People often point to the peaceful marches of Mahatma Gandhi and Dr. Martin Luther King, Jr. as alternatives, but it must be pointed out that if the marches simply peacefully occurred with no violent backlash from police, governments and militaries in these situations, these events would probably not have been remembered. Well-meaning White folks also often create narratives about peaceful Black protestors who are merely victims of the system, without recalling that Black people have always been active participants in their own resistance. The invisibility of the resistance is a form of oppression because it robs Black people of their own narratives of power.

Love is also part of the equation of social change. I am witnessing incredible amounts of love, as well, in just about every form–support on social media, donations to Black Lives Matter, private discussions between friends, family, neighbors and colleagues, my students crying and loving each other through Zoom. I am witnessing apologies that come from White guilt and White fragility and I am also seeing apologies that come from love and the desire to heal the harm done as well.

One of my favorite newer efforts in this realm is the One Small Step initiative from StoryCorps. One Small Step invites people who disagree, but wish to have a respectful conversation with someone of an opposing view.  It takes love to do this work, and these conversations are vitally important to eventually bridging us back together.

I won’t call for this, because I recognize my privilege in doing so, but I will endeavor to see everyone as human, and to rigorously resist the urge to demonize anyone, no matter how sickening I may find their behavior. When someone hates in a tangible way, I will attempt to forgive the person, even if I can never forgive the act. Because that, too, is warranted–in every sense of the word. 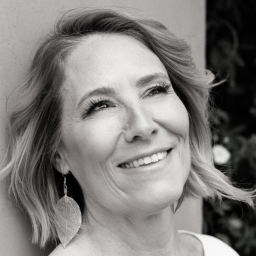